The driver of a Metro Mass Transit (MMT) bus has found himself in serious trouble after “scratching” the car of Kennedy Agyapong.

Reports suggest the bus driver hit his car against the Assin Central MP’s Escalade near a toll booth.

The legislator was reportedly sitting at the back of the car and was being driven by his driver when the incident happened.

In an audio which Pulse.com.gh has sighted, an eyewitness narrates that Mr. Agyapong’s driver and the driver of the commercial bus were involved in heated exchanges afterwards.

The eyewitness further revealed that the two drivers even exchanged blows, forcing the MP to come out of his car to settle the issue.

Having realised that Kennedy Agyapong was the one in the Escalade, the bus driver is said to have gone on his knees to apologise for scratching the car.

However, the eyewitness said, the maverick MP threatened to get the bus driver sacked for his uncouth behaviour. 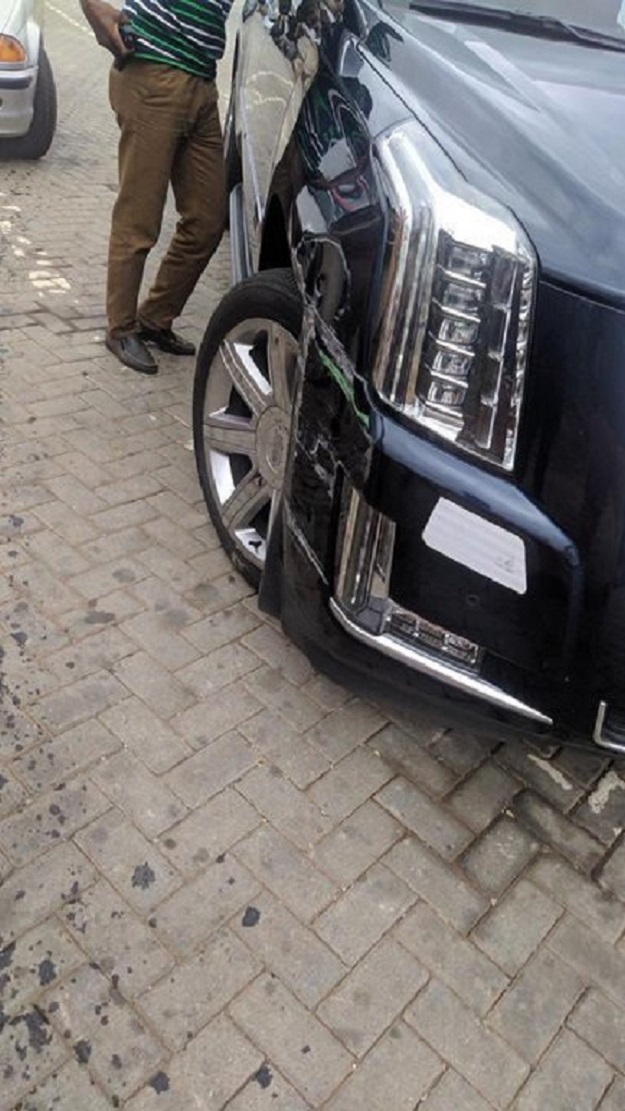 The information contained in this post is for general information purposes only. The information is provided by A bus driver in trouble after ‘scratching’ Kennedy Agyapong’s Escalade and while we endeavour to keep the information up to date and correct, we make no representations or warranties of any kind, express or implied, about the completeness, accuracy, reliability, suitability or availability with respect to the website or the information, products, services, or related graphics contained on the post for any purpose.